News – A Hard Reset – Getting Fitter for work 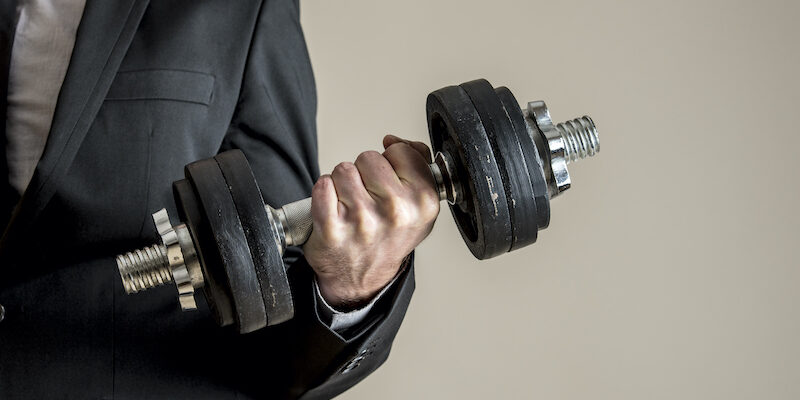 A Hard Reset - Getting Fitter for Work

A hard reset – getting fitter for work.

One of the positives from the lockdown is that we all have the chance to slow down, look at our ways of working and hopefully start to put some routines into place to make us fitter, happier and more productive once we we back to some normality.

I’m fortunate that I have worked from home for the past 20 plus years so I have managed to incorporate plenty of renewal into my day.

I interview senior managers for a living – I meet far too many who are essentially worn out and not fit for work or life.

After six or six and a half hours of sleep – which never feels like enough John’s alarm goes off at 5:30 a.m. each morning.

John’s first move is to take his phone off the bedside cabinet and check email, he tells himself that it is in case something urgent has come in overnight, but the truth was he just couldn’t resist.

After John’s last medical he has tried to get to the gym at least twice a week but he travels frequently and by the time he gets home he is just too tired to work out so he spends £100 a month on a fancy gym membership that he never uses.

When he gets to work around 7:00 am he grabs a coffee, sits down at his desk, and checks his e-mail again. By then, twenty-five or more new messages most of them CC’s are waiting in his in-box. If he doesn’t have an early meeting, he might be online for an hour or more without once looking up.

John’s days are mostly about meetings. They are usually scheduled one after the other with no time in between. As a result, he races off to the next meeting without digesting what has happened in the last one.

Lunch is something from the food truck at his desk working while he eats. Around two or three in the afternoon, depending on how much sleep he’d gotten the previous night, John is fading so he gets chocolate or an energy drink to keep him going.

With so many urgent busywork demands, John tends to put off any intensive, challenging work for later. By the end of the day, however, he rarely has the energy to get to it. Even so, he found it difficult to leave work with so much unfinished business. By the time he gets home around 7:00 pm he is running on empty.

After dinner, and 15 minutes with the kids he slumps on the sofa returns to email for a couple of hours and falls to sleep.

How closely does this match your experience?

To the extent that it does resonate, how did this happen?

Most important, can so you imagine working the way you do now for the next ten or twenty years and what impact would that have on your physical health, mental health and your important relationships.

In this 24/7 always on world we are tempted to keep going as long as possible without renewing our energy reserves it’s the equivalent of withdrawing funds from a bank account without ever making a deposit.

At some point, you go bankrupt.

You are not a computer, you are not meant  to operate continuously, at high speeds, for long periods of time.

Rather, we’re designed to move rhythmically between spending and renewing our energy.

Our brains wave between high and low electrical frequencies. Our hearts beat at varying intervals.

Our lungs expand and contract depending on demand. It’s not sufficient to be good at inhaling.

Indeed, the more deeply you exhale, the calmer and more capable you become.

The good news is that we can influence the way we manage our energy.

By doing so you can get more done in less time, at a higher level of quality, in a more sustainable way.

A couple of key scientific findings point the way.

The first is that sleep is more important than food. You can go a week without eating and the only thing you will lose is weight. Give up sleep for even a couple of days and you’ll become completely dysfunctional.

Even so, we’re all too willing to trade away an hour of sleep in the false belief that it will give us one more hour of productivity.

In fact, even very small amounts of sleep deprivation take a significant toll on our cognitive capacity.

The second key finding is that our bodies follow what are known as ultradian rhythms, these are ninety minute periods at the end of which we reach the limits of our capacity to work at the highest level.

It’s possible to push ourselves past ninety minutes by relying on coffee, or sugar, or by summoning our own stress hormones, but when we do so we’re overriding our physiological need for intermittent rest and renewal.

Eventually, there’s a price to pay.

What can you do about it –

What if you aligned your workday habits more closely with the natural rhythms of your body and recognising renewal as a critical aspect of both effectiveness and sustainability in a world of rising demand?

In John’s case, the first thing he changed was his sleep routine. For years, he’d been going to sleep sometime after midnight. On reflection, he realised there was no good reason for staying up that late. The same was true about waking up at 5:30 a.m. He didn’t have to start his day that early. It was just something he’d always done.

Instead, John began winding down by 10 p.m. and turning off the lights no later than 10:30. He also began waking up half an hour later, at 6:00 a.m., ensuring that he now gets at least seven hours of sleep a night.

Instead of rushing out the door as he had in the past, John sits down for breakfast with his wife and two daughters. Twice a week he nips to gym for an early workout before heading straight to work feeling refreshed and ready to go. On both counts he feels better.

John also began taking a 15 minute break mid morning to chat with a colleague about something other than work.

Within a week, he noticed more consistent energy levels and more capacity for focus all morning long.

Following any difficult meeting, his inclination had been to fire off an e-mail to an offending party, which was almost always negative and ultimately counterproductive. With the advantage of more rest, he found he could hold his fire.

In addition, John started scheduling thirty minutes in his calendar at lunchtime for a walk outside. He leaves his smartphone at his desk to avoid temptation. The walks give him a chance to recharge, but also provide precious time to reflect on the morning’s meetings and anything else on his mind, he takes a notepad and pen to jot down his thoughts.

Of course he worried that getting to work later and taking time to walk at lunch would make him less productive. Instead, he found himself working more efficiently when he returned, and getting more done over the course of the day.

Over time, John also began making better choices about what work to take on. So long as he arrived at work already feeling tired, he instinctively put his energy into executing simple tasks. Doing so allowed him to feel productive without having to expend too much energy. It was the equivalent, he came to recognise, of a sugar high.

It was satisfying to accomplish a series of relatively simple tasks, but the pleasure didn’t last for long.

John now begins his days by tackling his most important task first. He focuses for sixty to ninety minutes on the challenge he believes has the greatest likelihood of adding long-term value. “These are the things that I should be doing as a leader,” he says. “I just didn’t get around to them before.”

It’s not that John has it all figured out. When he travels, for example, he still sometimes abandons the rituals he’s established at home. Then he has to struggle to build them back into his routine. What he now understands is that when he builds renewal into his day-when he establishes the right rhythms-everything in his life works better.

And finally here’s my typical day –

I’ve worked from home for over 20 years, middle aged, married no kids.

Cup of tea, let the dog out in the garden and at first light get out for at least an hours brisk walk in nature rain or shine letting my brain and body wake up properly.

By 8:00 am I have walked the dog, had a social chat with my fellow dog walkers, had an ice cold shower even in the depths of winter, and had breakfast with my wife.

Get to the office ( a whole 50 steps) and tackle my Big 3 – these are the three things I need to do that day to make sure we are making enough money to keep the lights on – it could be phone calls, interviewing, or online meetings.

Every 30 minutes or so I get up and take a walk around or drop and do a few press ups or do some jumping jacks – got to keep active everyone knows that sitting is the new smoking.

An early lunch at around 11:30, the phone stays upstairs in the office and I have 30 minutes food, chat with my wife, playing in the garden with my dog or making personal phone calls.

Back to work around midday for calls – it’s a great time to get hold of people, look at email for the first time, and general administration for the day.

The dog comes and reminds me it’s time for his afternoon walk at around 2 so it’s a quick 45 minutes in the woods, this time I take my phone and return any calls. Plenty of my clients know this is my routine and hear the birdsong or dog playing in the background whilst we are chatting.

By 3:00 pm I am ready for exercise – it’s the optimum time for most people –  I always workout at home and have a full home gym – I do at least an hour of cardio or strength each workday – then it’s in for a decent clean up – hot shower, shave etc.

From 5 till 6 I make calls and catch people on their way home.

From 6 till 7 I have dinner, chores and chat.

From 7 till 7:30 I come back to the office and empty my Inbox – I have Inbox Zero every night – I write down my Big 3 for the next day and I turn off my phone, Mac and I shut the office door.

It’s around 7 hours of work a day in total stretched out over 11 and a half hours.

I then either go out socially or more likely on a school night catch up on some reading or watch some TV before winding down at 9:30 and being in bed by 10 and fast asleep by quarter past.

Obviously it’s not exactly a rock and roll lifestyle BUT by all conventional markers (blood pressure / resting heart rate / VO2 max / Dexa ) my health is good, my wife and I have been together for over 30 years so I guess I’m doing something right there, I rarely touch alcohol  and I do well for money.