News – Mastermind Alliances 1 What are they ? 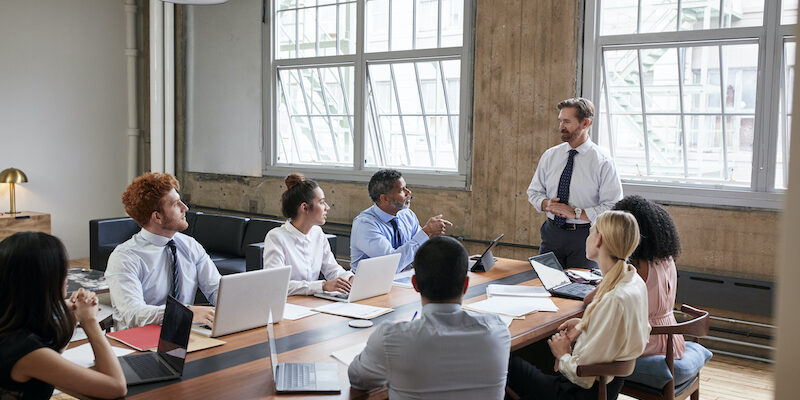 News - Mastermind Alliances 1 What are they ?

How do you achieve success in today’s chaotic world?

It often feels like it’s you against the universe. But what if you had a support team? A group of people who could advise you, encourage you, and cheer you on?

Mastermind groups have proven themselves effective for everything from emotional support to financial support.

Some of the greatest tycoons in history have used masterminds.

Key people have written about the importance to their success of joining a mastermind group. You’ll find it mentioned in books by the legendary Napoleon Hill, author of the classic Think and Grow Rich and Chicken Soup for the Soul creator Jack Canfield. You’ll hear it mentioned on speaking platforms in seminars around the world.

But rarely, if ever, does anyone discuss how to go about forming and running a successful mastermind group.

So what is a mastermind alliance?

And how do you create one?

WHAT IS A MASTERMIND ALLIANCE ?

Never doubt that a small group of thoughtful committed citizens can change the world. Indeed, it is the only thing that ever has.

The History of Mastermind Groups

In his classic book The Laws of Success Napoleon Hill defined a mastermind alliance as “two or more minds working actively together in perfect harmony toward a common definite object.”

There’s much more to it than that simple quote, but that’s a good start.

Hill considered a mastermind group to be one of the keys to success. But Hill didn’t originate the idea. It’s too bad that some people credit Hill for the idea, as they then dismiss the entire history of the world with all of its numerous mastermind success stories indeed much of ancient Greek and Roman society was built using such groups.

Others believe that the mastermind alliance originated with Hill’s mentor, the famous tycoon Andrew Carnegie.

Carnegie, who rose from a poor Scottish immigrant boy to the richest man in the world, discovered the power of the mastermind as a young messenger boy for a telegraph service in Pittsburgh.

Escaping a life of drudgery in factories, he was offered a job with the O’Reilly Telegraph Company in 1819. The job put Carnegie in a position to see first hand the behind the scenes dealings of merchants, manufacturers, bankers, and other businessmen.

In short order, young Andrew knew as much about the commercial affairs in Pittsburgh as anybody. Because of the messages that passed through his hands, he knew everybody’s financial dealings, partnerships, and business plans. He also knew the credit ratings, orders for goods and services, and prices and terms for every major business in the city.

By the age of 17, Carnegie had his business education and had discovered the power of alliances in business. Throughout his rise to the top, he surrounded himself with people who knew more than he did.

Many claim that the first mastermind group was Chicago’s “Big 6”:

John R. Thompson (owner of a chain of lunch rooms)

Albert Lasker (owner of the Lord & Thomas ad agency, then the largest advertising agency in the world)

Not one of these gentlemen had an advanced education or financial advantages.

All were self-made men who made their fortunes without having initial capital or extensive credit.

With the exception of the two owners of Yellow Cab, none of the six was involved in a legal partnership.

They formed the group solely to get feedback for their ideas.

Occasionally, they helped each other secure capital if needed on an emergency basis.

But this was far from Carnegie’s first mastermind group.

Even as a young boy. Carnegie had a mastermind group. He organized four of his friends into the Webster Literary Society to debate the issues of the day. In the 1850s he formed a new group, called the Original Six, who became not only a mastermind group but also Carnegie’s companions on trips to Europe.

Later, after moving to New York, he joined salons where he further developed his education and personal and business networks.

When you take into consideration ancient history, it’s nearly impossible to credit any one person with creating the idea of a mastermind.

Clearly Napoleon Hill and Andrew Carnegie didn’t originate the idea, though both helped promote it.

Modern speakers and leaders know the value of mastermind groups, too.

Zig Ziglar (leading sales trainer and motivational speaker) has an appropriate saying: “You can get everything in life you want, if you’ll just help enough other people get what they want.”

By working together with others, as in a mastermind, you can accomplish much more.

Napoleon Hill believed that you could examine any outstanding success in business, finance, industry, or other profession and without fail find that behind the success is an individual who formed a mastermind group.

THE WISDOM OF GROUPS

In a mastermind group, the agenda belongs to the group, but each person’s participation is key. Your peers give you feedback, help you brainstorm new possibilities, and set up an accountability system that keeps you focused and on track. You create a community of supportive colleagues who will brainstorm with you to move the group to new heights.

You gain tremendous insights, which can help improve your business and personal life. In a real way, your mastermind group is like having an objective board of directors.

Mastermind groups share the basic philosophy that more can be accomplished in less time by working together. Individuals meet in an open, supportive environment on a regular basis to share thoughts, ideas, opinions, and information.

James Surowiecki, in his book The Wisdom of Crowds points out that a group has a larger intelligence than an individual: “If you can assemble a diverse group of people who possess varying degrees of knowledge and insight, you’re better off entrusting it with major decisions rather than leaving them in the hands of one or two people, no matter how smart those people are.”

It is this collective third mind that processes information down to its essence, and it is there that thoughts crystallize into ideas. It is also where the “Aha!” moment occurs. As individuals, we cannot achieve this on our own because our myopic view can cloud our perspective. As a group with a more objective view of the world, the possibilities for expansive thinking are endless.